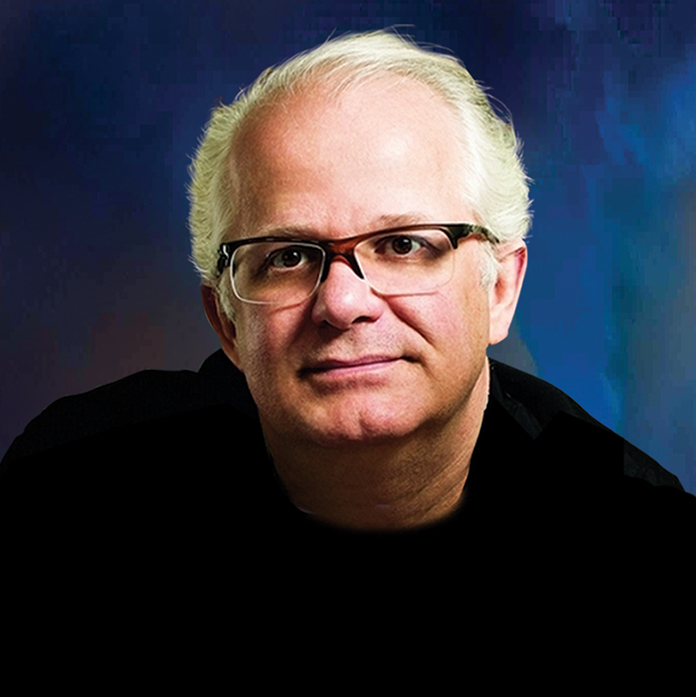 AJ. Gevaerd, born in 1962, studied Chemistry at several universities in Brazil. Chemistry was his first passion and he became a teacher of it at the age of just 14 years old. By that time, he was already pursuing the mysteries involved in the UFO Phenomena and was a devoted investigator of flying saucers sightings and alien contact with humans.

He started lecturing about UFOs in 1978. In 1985, when 23 years old, he decided to quit his career as a Chemistry teacher to devote full time to his UFO research.

AJ. Gevaerd is also de founder and director of the Brazilian Centre for Flying Saucer Research (CBPDV), the largest organization in South America, with over 3,600 members and linked to the Brazilian Exopolitics Institute (IBEXO).

AJ. Gevaerd has been engaged in Ufology for over 40 years and has investigated over 1,000 cases personally. For the past 35 years he is the only UFO researcher in Brazil exclusively dedicated to the UFO Phenomenon in a professional manner as the editor of the Brazilian UFO Magazine. He leads a team of over 400 experts in the subject that are members of the Brazilian UFO Magazine’s Editorial Board. As a national and international speaker, A. J. Gevaerd had lectured over 2,000 times in dozens of cities in his country and conducted investigations and lectures in other over 50 countries around the world.

In 1983, he was appointed by Dr. J. Allen Hynek to be the representative of the    Center for UFO Studies (CUFOS) in Brazil. He was one of the international directors of the Annual International UFO Congress, Laughlin, for many years and is the Brazilian Director for Mutual UFO Network (MUFON). A. J. Gevaerd was the creator of the campaign UFOs: Freedom of Information Now and was the head of the Brazilian Committee of UFO Researchers (CBU) until January 2012. That commission has received in 2005 by the Nation’s top military in the main Brazilian Air Force HQ and could examine secret UFO documents for the very first time in that country, in the most recent official UFO disclosure in the World. Through their efforts the Brazilian Government has now officially disclosed over 10,000 pages of UFO documents that were previously classified secret.

AJ. Gevaerd has also specialized in investigating UFO cases in the Amazon area and in finding and exposing secret UFO cases and military operations in his country. In that capacity, he was the researcher to whom, in 1997, the late Colonel Uyrangê Hollanda decided to reveal in detail and by the very first time the existence, proceedings and results of the Operation Saucer, the biggest military operation known in the world to officially investigate the UFO Phenomena. Operation Saucer was conducted by Brazilian Air Force in the Amazon, in 1977, to secretly research and collate UFOs observed in the Colares region. It is now known worldwidely through A. J. Gevaerd’s efforts and lectures.

In his attempt to reveal military secrets about the extraterrestrial presence on Earth known to the entire society, A. J. Gevaerd has also contacted a number of high ranking military officials to speak about the topic. Most are retired from Air Force and Army, in Brazil with others from various countries in South America. Many have revealed extraordinary information about UFOs.

AJ. Gevaerd has been regularly interviewed by national and foreign radio talk shows, TV programs and series, including Contacto Extraterrestre and Ancient Aliens, from the History Channel. He has also appeared on the NatGeo and Discovery channels. He has also served as consultant to many TV documentaries produced in Brazil, especially by the largest TV network Globo, and in several other countries such as The History Channel’s Brazil’s Roswell.

For many years he has also been conducting international research into the crop circle phenomena, that has been manifesting in the South of Brazil since 2008.