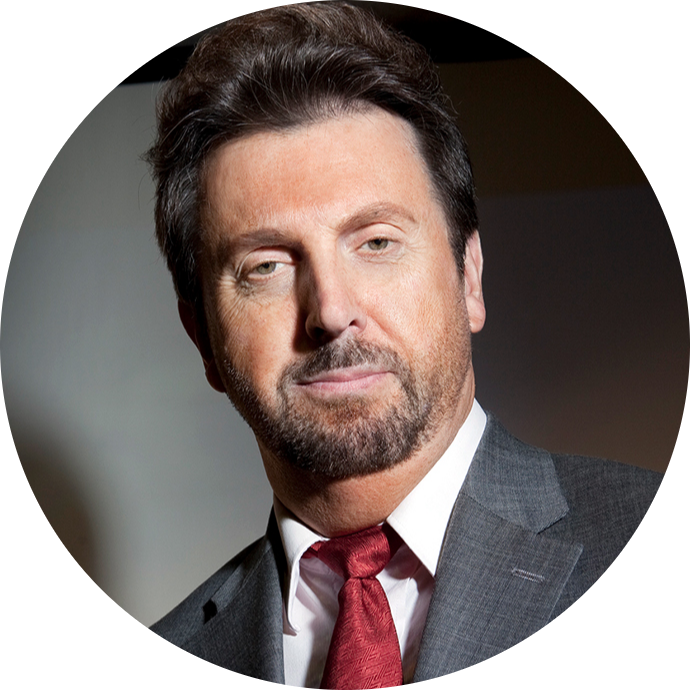 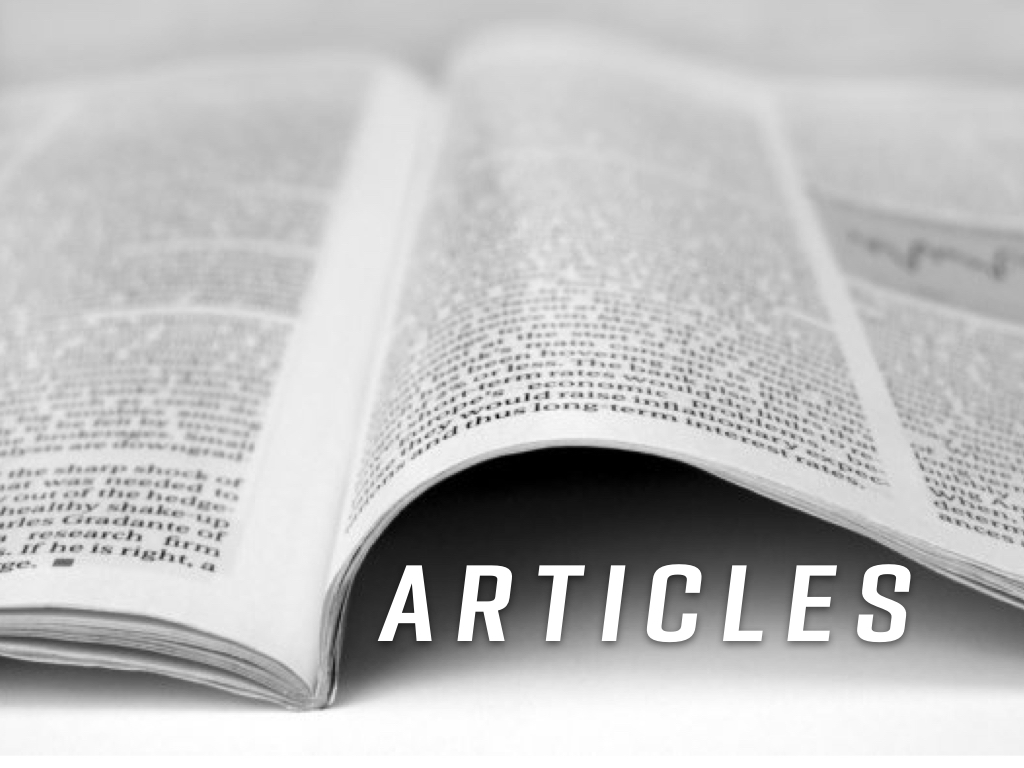 The UFO/UAP Enigma; Searching for Answers where none may exist

Since the very conception of the “modern age of UFOs” in 1947, a tremendous wealth of photographic and film imagery, special government study reports, eyewitness testimonies, and yes, physical evidence has painstakingly been amassed.

It has often been stated that this accumulated evidence could be taken into any court of law and prove beyond reason that the earth is being visited by an intelligence beyond our present technology. Literally hundreds of thousands of testimonies attesting to something extraordinary which defies the very laws of physics as we know them continues to demonstrate that we are not alone.

But as the late astrophysicist Carl Sagan would often lecture, “Extraordinary claims require extraordinary evidence.” Accepted. Proof that our planet is being visited by life forms beyond our “third rock from the sun” would certainly go down as one of the greatest discoveries of the millennium. Ironically, it would also go down as the greatest cover-up in all human history.

Yet today, the subject may indeed stand on the precipice of new enlightenment which potentially could erase much of that concern and fear of the unknown which played a huge part in previous decisions to obfuscate a truth too important to withhold.

The vast majority of scientists and academics believe that statistically, other life must surely exist elsewhere in the universe. The great divide arises however, when one queries whether any intelligent, extraterrestrial life forms have ever visited Earth. Have “they been able to get here from out there?” My late scientific director, Dr. J. Allen Hynek, the foremost authority on unidentified flying objects, would use the analogy of the thickness, not the width, of a single card from a deck of playing cards. This measurement would represent the distance of the Earth to the Moon.

The question he would then pose was, “How many playing cards stacked one on top of another would it take to represent the distance from the Earth to our nearest star system, Alpha Centauri? The answer? – Nineteen miles of cards! Nevertheless, serious researchers can demonstrate that there exists an overwhelming body of both physical and eyewitness evidence to support the position of alien visitation. Polls of the general public at large continue to reinforce that belief.

To the contrary, some researchers in their respective fields state that not only has such a sojourn never taken place but due to the fantastic distances involved, it is absolutely impossible.

This viewpoint is seldom the result of stringent examination of the subject matter, or a conclusion derived from studying the thousands of investigated UFO/UAP reports; rather, it remains a personal conviction solely based on the old axiom, “anything but extraterrestrial.”

The nearest these debunkers come to any scientific rationalisation is to mutter something about the insurmountable distances and the impossibility to overcome interstellar space travel.

Sagan, who took the safe and pat academic stand – simply, that UFOs don’t exist – nevertheless, he often stated there were at least one million evolved intelligences in our own Milky Way galaxy alone. According to Sagan, “Life in the universe,not just on Earth is the norm and not the exception. As Jeff Goldblum’s character observed in the movie Jurassic Park, “Life finds a way.”

For years civilian UFO/UAP groups such as the National Investigative Committee on Aerial Phenomena (NICAP) were reluctant to consider that these unknown devices were piloted by beings from another planet. It wasn’t until the mid-fifties that a wave of UFO occupant cases throughout America, Canada, and South America demonstrated that, given these craft existed as NICAP and other groups such as the Aerial Phenomenon Research Organization (APRO) accepted somebody has to be piloting them.

Since that time, there have been so many alleged encounters with “beings” associated with landed or hovering craft that the different descriptions have been broken down into specific categories. Even within radically different cultures and technological backgrounds, witnesses are generally reporting what they observe. The similarities are quite astounding.

The late 1950s and early 1960s brought about the frighteningly new aspect of the progressive UFO confrontation; the so-called missing time or abduction experiences. Such occurrences have become the subject of a continuing number of movies, TV programs and mini-series, and literally hundreds of books recounting personal involvements.

These ambiguous cases, if based in reality, by far should offer the greatest potential for physical proof, as they may provide the opportunity for actual human – nonhuman contact and interaction.

Throughout that entire period, many governments of the world, following the lead of the United States treated the subject with ridicule and intentionally downplayed UFO reports. All the while, very systematically attempting to get a handle on the situation.

In the highly acclaimed made-for-TV Golden Globe nominated best picture Roswell, we recall the tense scene in which the oversight committee is brainstorming the aftermath of the crash of the unknown object in the high desert of New Mexico.

The military general bemoans the dire circumstances they face: “We’re supposed to ensure the domestic tranquility, not eliminate it. What if the people think we are not in control of the skies?!” The secretary of war very stoically replies, “They’d be right.”

Throughout the tensions of the Cold War, UFOs continued to remind us that someone else was watching… was observing. But in shock contrast to what society was left to believe, those monitoring and investigating the enigma were still faced with reality; were they friend or foe? “By the end of July [1947] the UFO security lid was down tight.

The few members of the press who did inquire about what the (US) Air Force was doing got the same treatment that you would get today if you inquired about the number of thermonuclear weapons stockpiled in the U.S. atomic arsenal…

At ATIC [Air Technical Intelligence Center] there was confusion to the point of panic.” These were the words of Captain Edward Ruppelt, thefirst director of the American Project Blue Book, which was the third official investigation of the UFO phenomenon. And without resorting to an entire dissertation of the history from that moment on, we site it as a moment in time which clearly connotes the situation at the highest levels of government.

It is now approaching 75 years later and what have we learned? Or what are we about to learn? In many respects the worldwide investigation of UFOs/UAPs has remained covered-up for both military and bureaucratic purposes. But more disconcerting, it is due to the simple fact that they still remain very much in the dark – in other words, a cover-up of ignorance.

Aside from a terse admission of “the bogeyman is real,” they have little more detail to even disclose. The powers-that-be still do not know what, who, from where they are dealing and that is not to be in control of any situation.

This most likely will be their fallback on the subject. “We don’t know who’s driving but we’re working on it.” All of which may be true and certainly by the very nature of this extended silence, short on substance and always long on disinformation. But how many in the media will ask the honest question? You’ve been working on the problem since 1947. Certainly, you have some conclusions by now. The devil may be in the detail but we need to demand more than just the tacit cliché, “We’re working on it.”

We need to ask for whose purpose and then, whose agenda to paint this picture of being in complete control of the skies only to relinquish authority when the intruders are able to outrun and outperform anything we send up in pursuit.

The U.S. Navy has created a false storyline to suggest there were no UFO/UAP incidents which warranted their attention prior to 2007.

Declassified Project Blue Book files recount over twenty gun-camera cases where U.S. Air Force jets were scrambled to intercept unknowns during the 1950s and 60s alone. As much as they may plead ignorance to the history, Navy officials withstanding, realize that the interest and attention span of most people is about a 24-hour news cycle.

They have determined to present their case in the here and now with prospects and proposed solutions for the immediate future. And if true, already claim that U.S. intelligence officials have been briefing select members of the House of Representative’s Intelligence Committee.

We need to ask these elected officials to step forward and become part of the solution. Truly, if classified data was provided, a determination needs to legally be worked out that these officials can insure the public that any form of disclosure is accurate and truthful to the best of their knowledge as well. Otherwise, we potentially face another lost opportunity for the world to learn of the greatest kept secret of all time.

What should not be lost is that the UFO/UAP situation is a global concern. There have been sightings of unknown craft which display advanced technology in more countries than are members of the United Nations. Of equal importance is that there continues a 74-year-old suppression of the facts with no guarantee that we will know any more in the coming months or another 74 years.

The mainstream media of all nations needs to once again step up to the plate, put on their armor, and assume the role of “watchman.” Their children and all children need to inherit a world devoid of distrust and suspicion of officials sworn to protect us… even if no longer in control of the skies. We all have the right to know.