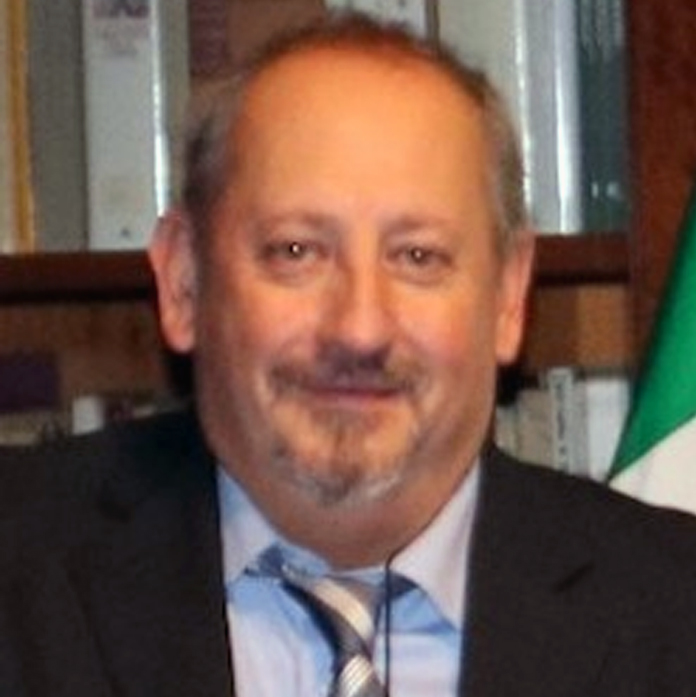 Vladimiro Bibolotti was born in Rome on July 2, 1960. (the same date of World ufo day)
He has been involved in ufology since 1975 and has been a member since 1995 of the CUN National UFO Center.
He studied Political Science at the “La Sapienza” University of Rome.
He is Freelance journalist, author, essayist, writer. Editor of the magazines UFO news and Archeomisteri.
For 9 years (2000-2009) he was general secretary of the CUN National UFO Center.
For 10 years (2009-2019) he was president of the CUN National UFO Center, of which he is today the President Emeritus.
He is co founder and now, president of the CIFAS (Council fo International Federation for Advances Studies), where he participated in the organization of two conferences at the Rectorate of the University of Ancona on: “Extraterrestrial civilization between doubt and reason” in 1999 and 2000, under the patronage of the President of Republic of Italy.
He participated in the drafting of the first UFO Dossier X encyclopedia, published by Fratelli Fabbri.
Creator in 1997 of the CUN Italia Network website, which today stands as a reference among the websites of the sector.
He created the first Internet news on these topics and collaborated in the creation of the CUN WebTV.
He coordinated for Italy the first world Skywatch organized directly by MSN Microsoft, in June 1999.
Creator of the International UFO Congress of the city of Rome.
Creator of the “J. Allen Hynek” National Journalism Award.
Creator of the “J. E. McDonald” literary prize.
Creator of the “Extra – Daniele D’Anza” visual and cinematographic arts award.
He organized the press office now accredited by numerous news agencies and included in the Journalist’s Agenda, a working tool of the Italian Mass Media.
He has created various events, including the International UFO Congresses of the city of Rome and is the editor of the investigation dossier, “White Paper on UFOs”.
Author of the multimedia cd Dossier “White Book on UFO”s, in Italian. with over 1500 slides.
He organized the conference in Rome where the TTSA Team participated, including the former Pentagon Project Director AATIP.
He participated in collaboration with the History Channel, in some episodes aired in the USA concerning the UFO / UAP phenomenon in Italy.
He has published numerous articles and interview on UFO issues and collateral topics, has been a guest on national television and radio broadcasts of Rai, Mediaset, La7 and Sky.
He has collaborated with the magazines UFO News, Dossier Alieni and Archeomisteri.
For the research, he received an award from the Planetary Society and seti @ home-University of California-Berkeley.
Attended the first OnLine course on “Astrobiology and Search for Extraterrestrial Life” – Center for Astrobiology University of Edinburgh, UK.
Academy:
in 2013, in the prestigious Palazzo dei Trecento in Treviso he was appointed Academic at the Constantinian International Academy of Legal and Social Medical Sciences, for research merits.
Italian Parliament:
Vladimiro Bibolotti, intervenes like President of CUN, on the problems of Social Networks and Privacy at the presentation of the Seventh Notebook of the Italian Internet sponsored by the Institute of Informatics and Telematics of the CNR at the Aldo Moro Room of the Chamber of Deputies, Parliamentary Intergroup Digital Agenda on 4th June 2014.
Speaker at 8 conferences in the Vatican Sant’Anna congress center, on the extraterrestrial hypothesis and possible civilizations in the universe in relation to our planet.
Speaker at numerous Italian and international UFO congresses, proposing and developing the idea of ​​”Paradigm Shift – The Paradigm Shift” on the approach and communication of issues concerning the UFO / UAP phenomenon in the scientific world and in the Media.
Speaker at the various editions of the San Marino World Symposiums
Speaker at the conferences in the Vatican on forms of intelligent life in the universe.
Speaker at two editions at the Bulgarian Academy of Sciences in Sofia on the forms of communication and contact with other civilizations.
For the fiftieth anniversary of the CUN, he organized the preview of “Arrival” film in Rome in 2017 on the problem of contact and communication with extraterrestrial civilizations, in the ANICA prestigiousroom.
Currently he curates a blog on UFO / UAP issues on the national newspaper Il Fatto Quotidiano.
At present time, he’s:
– President CIFAS  Council of International Federation for Advanced Studies
– ICER  Deputy for Italy  International Coalition for Extraterrestrial Research
– President emeritus of CUN – Centro Ufologico Nazionale
Sources:
Website CUN:
https://www.centroufologiconazionale.net/   -
Website CIFAS:
https://www.cifas-italia.net/
Blog:
https://www.ilfattoquotidiano.it/blog/vbibolotti/
We use cookies on our website to give you the most relevant experience by remembering your preferences and repeat visits. By clicking “Accept”, you consent to the use of ALL the cookies.
Do not sell my personal information.
Cookie SettingsAccept
Manage consent