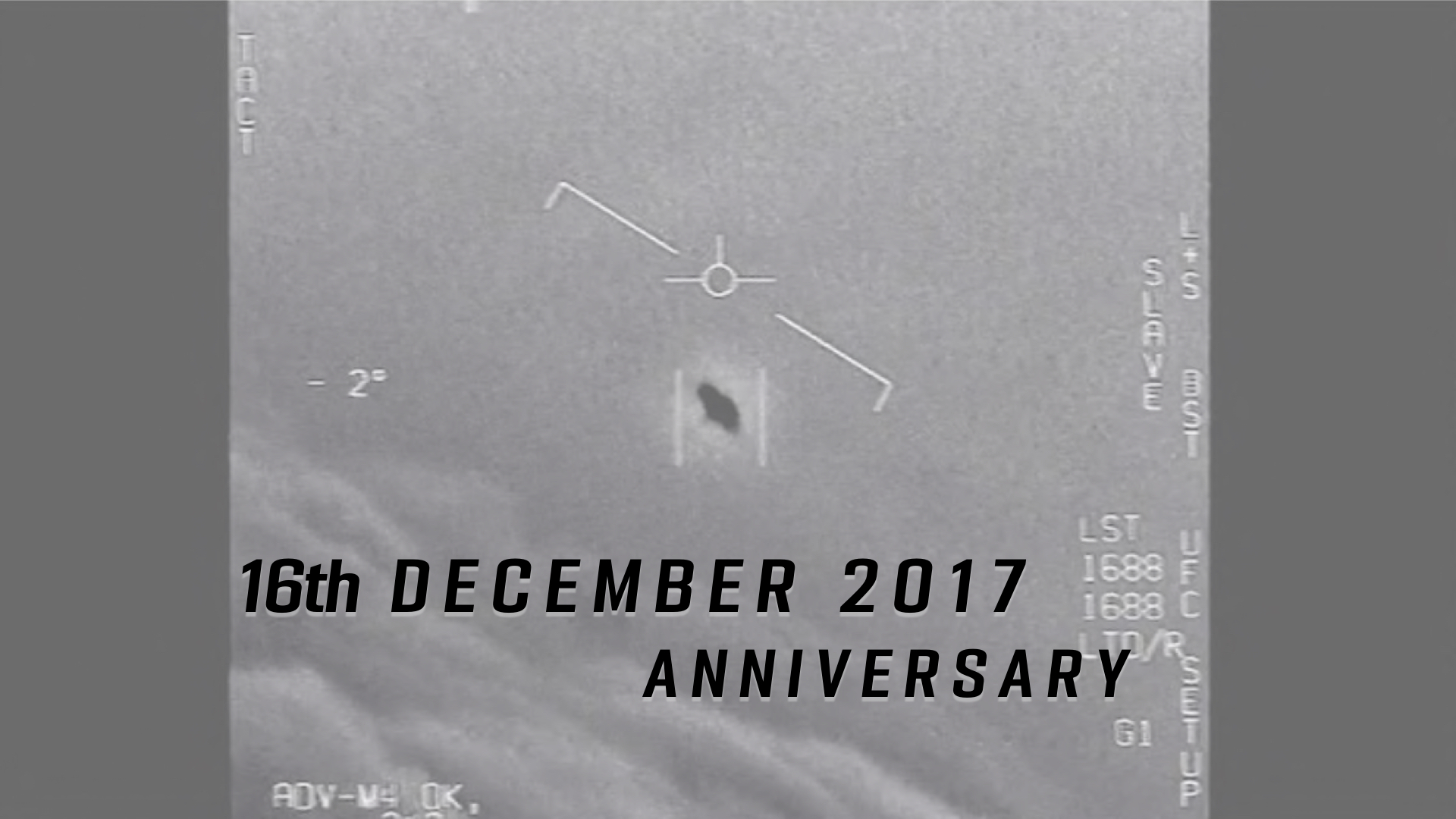 16 December 2017—Two FLIR videos (titled ‘FLIR1’ and ‘Gimbal’) attributed to the US Navy showing Unidentified Aerial Phenomena (UAP) were released by To The Stars Academy (TTSA).

18 June 2019—Senators briefed by the US Navy regarding UAP activity.

27 April 2020—The US Navy confirms that the three FLIR videos are authentic Navy pilot recordings and they depict ‘Unidentified Vehicles’.

8 June 2020—Senator Marco Rubio, Chair of the Senate Select Committee on Intelligence in a unanimous vote requested the DNI to consult with the Secretary of Defense in order to prepare a report on the activities of the UAPTF.

28 December 2020—President Trump signed the US Armed Services Bill which required the DoD and DNI to submit an Unclassified UAP report to Congress within 180 days.

3 May 2021—The Office of the Inspector General for the DoD launches a formal evaluation on ‘the extent to which the DoD has taken actions regarding the UAP issue’.

17 June 2021—The Director of National Intelligence (DNI), Avril Haines, gives a Classified briefing to Congress on the UAP issue.

25 June 2021—The DNI, Avril Haines, releases a preliminary Unclassified 9-page report to the media and public on the UAP issue.

25 June 2021—The Deputy Secretary of Defense, Kathleen Hicks, directs the Office of Under Secretary for Intelligence and Security to develop a plan to formalize the mission currently performed by the UAPTF.

12 September 2021— National Defense Authorization Act (NDAA) for Fiscal Year 2022 including proposed legislation regarding the UAP is passed by the House of Representatives.

23 November 2021—The Pentagon announces the creation of the Airborne Object Identification and Management Synchronization Group (AOIMSG).

15 December 2021—The ‘GRG’ Amendment (Senator Kirsten Gillibrand/Senator Marco Rubio/Congressman Ruben Gallego) and later joined by Senators Lindsey Graham, Martin Heinrich and Roy Blunt (Section 1605 of the National Defense Authorization Act (NDAA) is passed in Congress by 89 votes to 10 and thus will become law, signed by President Biden. This historic piece of legislation (which became Section 1683) will create a new office that will compel the Pentagon and the Intelligence Community to be transparent and provide, in unclassified (annually) and classified (bi-annually) formats, reports on the UAP issue to Congress. 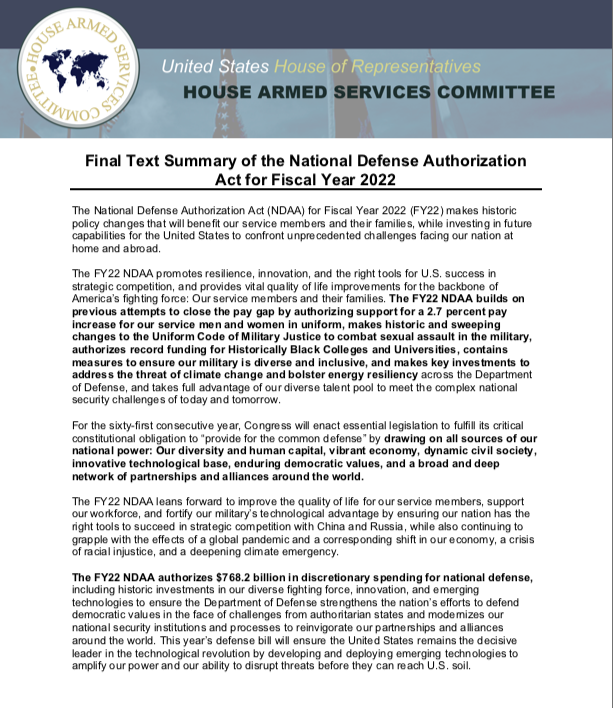 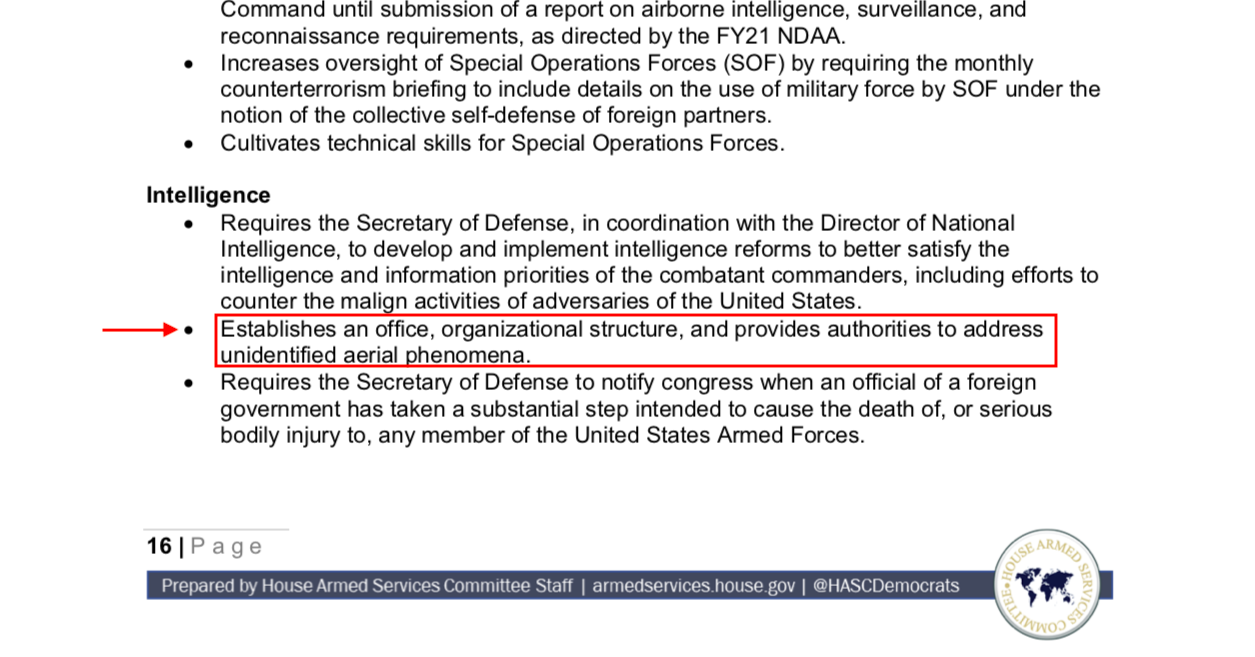