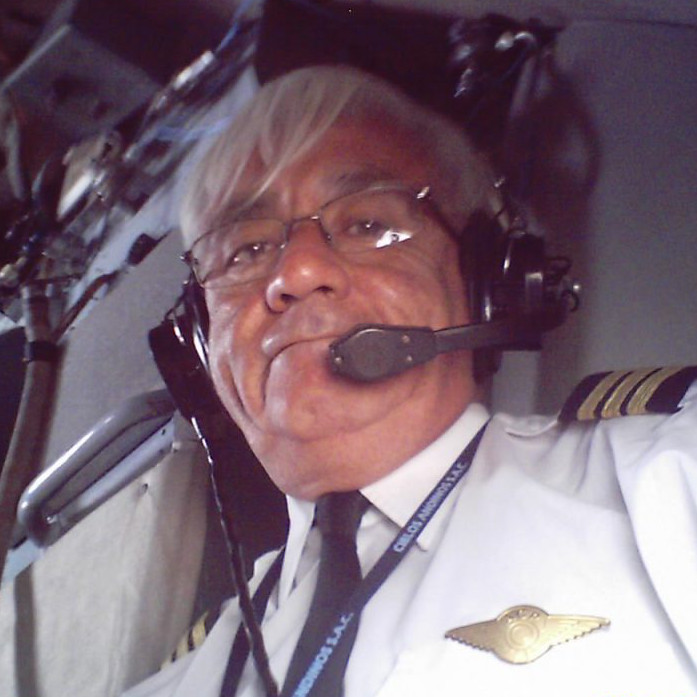 Julio César Chamorro Flores, born in 1957, is a retired commander (r) of the Peruvian Air Force (FAP) that watches over the security and sovereignty of the skies of Peru. In 1999 he founded the Office for the Investigation of Anomalous Aerial Phenomena (OIFAA).

Today, he continues to collaborate with the anomalous aerial phenomena investigation office that studies the presence of unidentified ships in the national territory. This office recently reopened its doors in 2013 as the Department of Investigations of Anomalous Aerial Phenomena (DIFAA).

Since Julio Chamorro was a child, he imagined that his life would relate to airplanes. From the age of 16 he pilots them.

Julio Cesar Chamorro joined the Peruvian Air Force (FAP) on March 24, 1975 and applied to be a pilot. In 1977 he specialized in air defense and returned to be an aircrew. He is a radar operation specialist and studied in Russia for this. His specialty is air defense. He worked in the fight against drug trafficking.

Commander Chamorro says he has a genetic memory because his mother was a flight attendant for an important aviation company and his father, a civilian pilot linked to the Aero Club of Peru.

The first sighting of him was one day in April at the “La Joya” air base. It was 1980 or 1981 and together with thousands of his companions, he observed how Commander Oscar Santa Maria intercepted a UFO by firing more than 80 howitzer bullets at it.

Bullets the size of a half-liter bottle hit the strange ship. “He was playing like cat and mouse.

He shares his interest in anomalous aerial phenomena because he understands that the Peruvian air territory must be protected and that is why it is necessary to investigate and analyze objects that maneuver without any authorization, in order to make good decisions about them.